Situated on an area of around 100 acres (40.5 hectares), and 45 minutes drive from the center of Beijing, are the ruins of Wonderland. 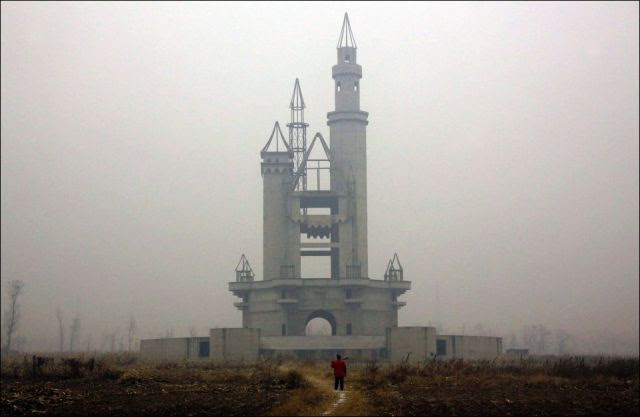 Construction stopped more than a decade ago, with developers promoting it as the largest amusement park in Asia. Funds stopped around 1998 due to disagreements over property prices with the local government and farmers. 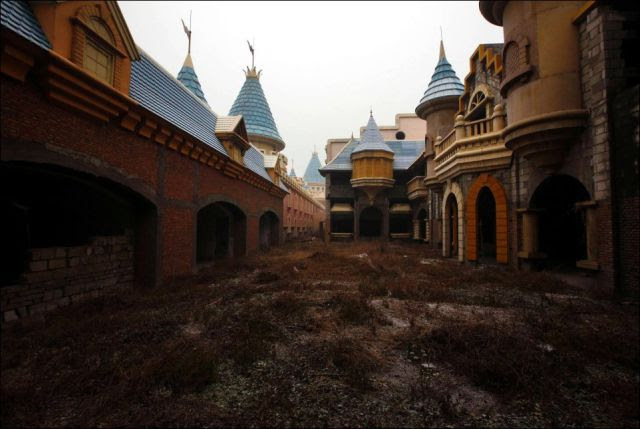 A sign warning people about potential poisons in the soil is pasted on a pillar of an abandoned building that was to be part of an amusement park called Wonderland. 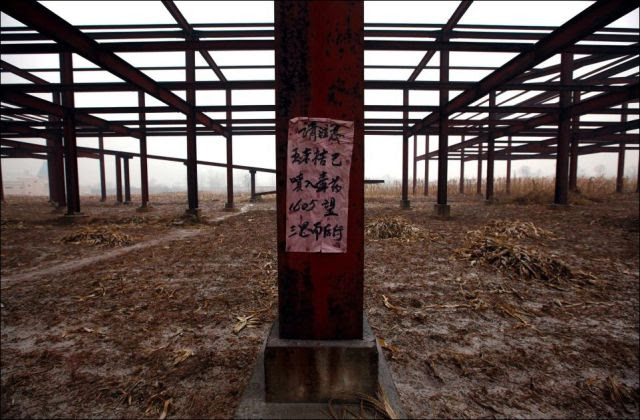 The park is completely abandoned. 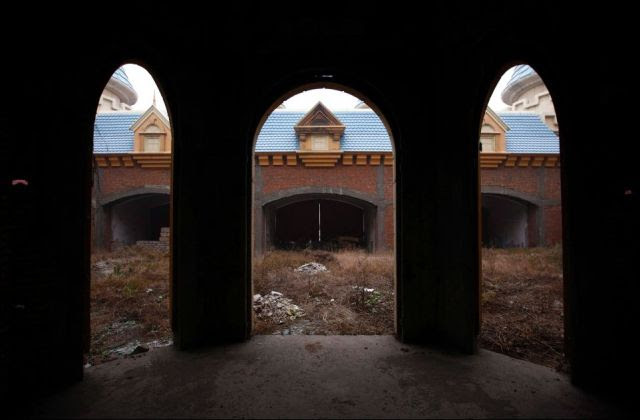 Cracks are seen in a parking lot in front of abandoned buildings. Nobody has ever parked here. Writing on a gate tells people to "be responsible for your actions" when entering an abandoned building. 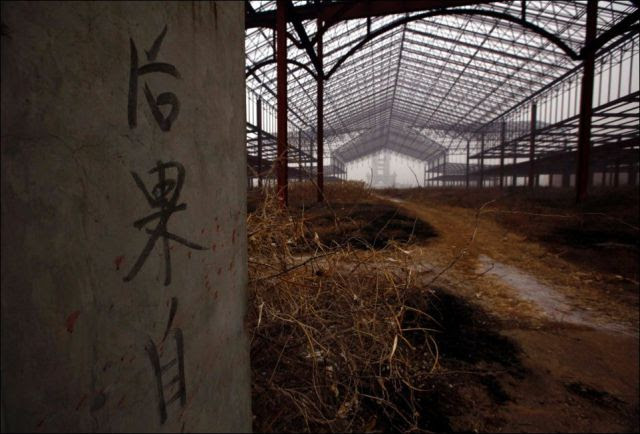 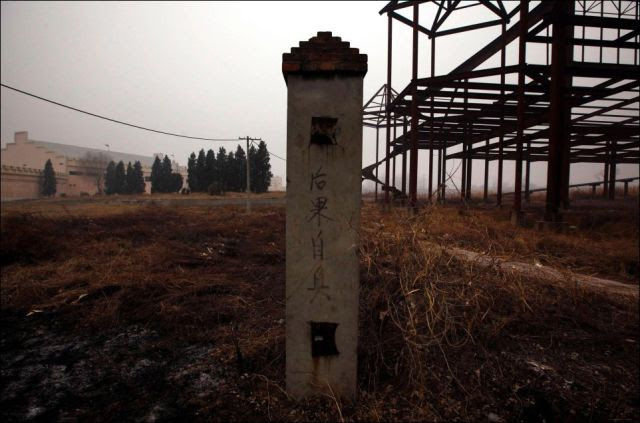 A view of a walkway covered in fresh snow. Tree branches line an entrance into an abandoned building. 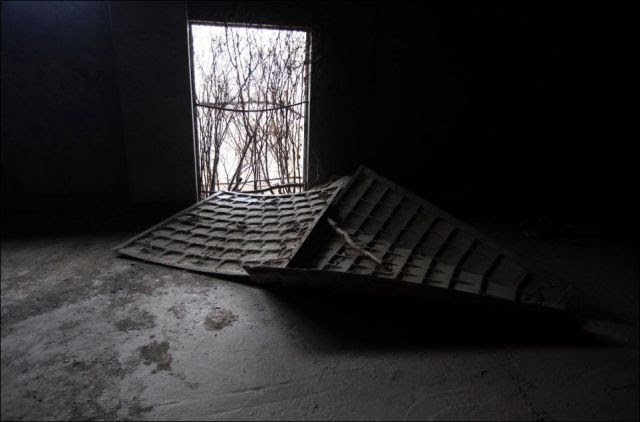 Corn grows in the field next to what was supposed to be Wonderland. 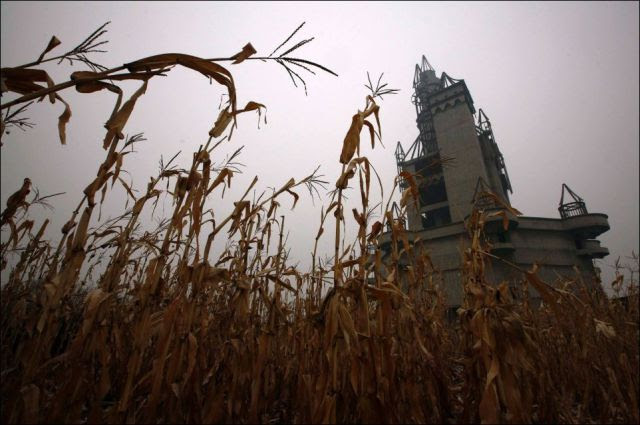 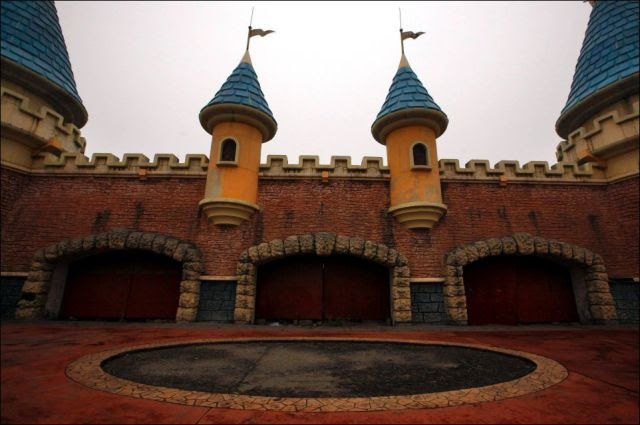 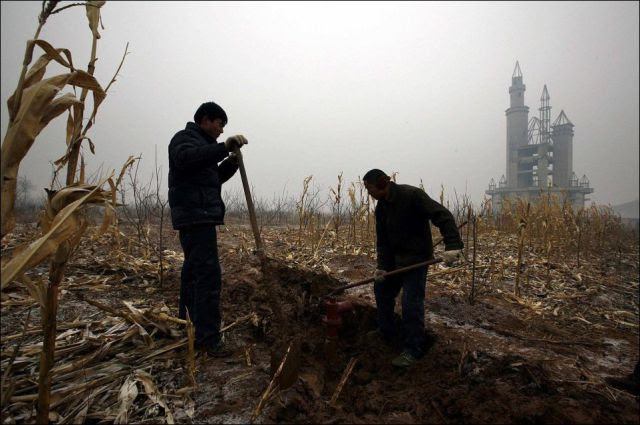 Farmers dismantle a tower in a field. 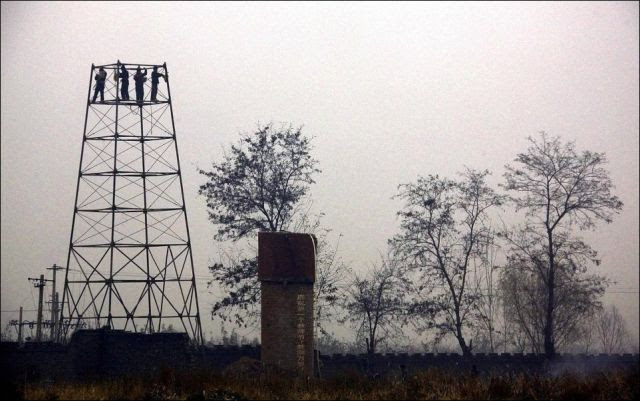 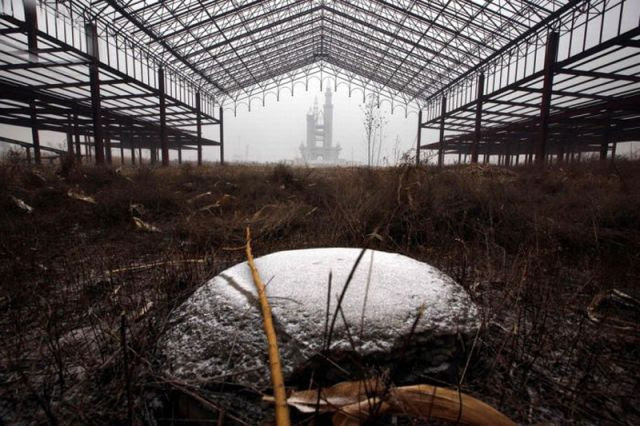 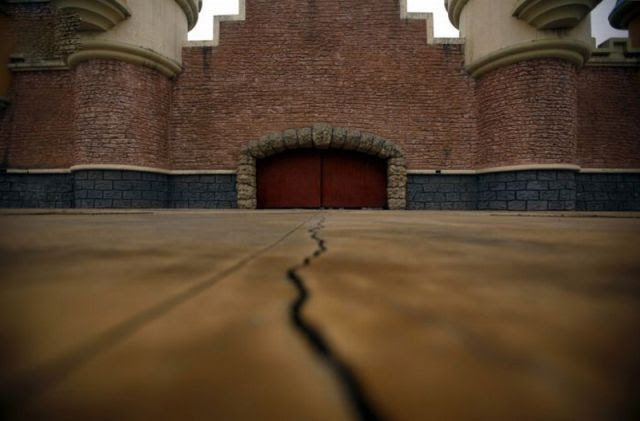 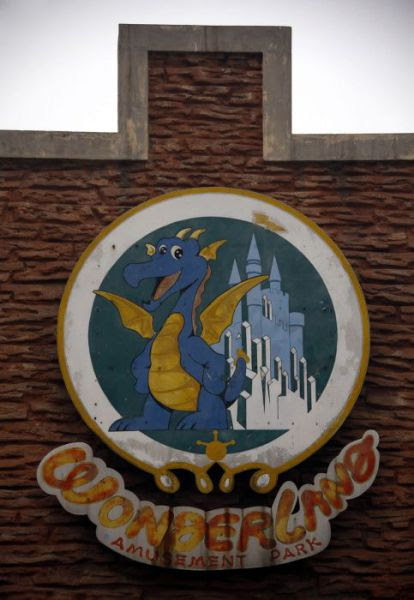 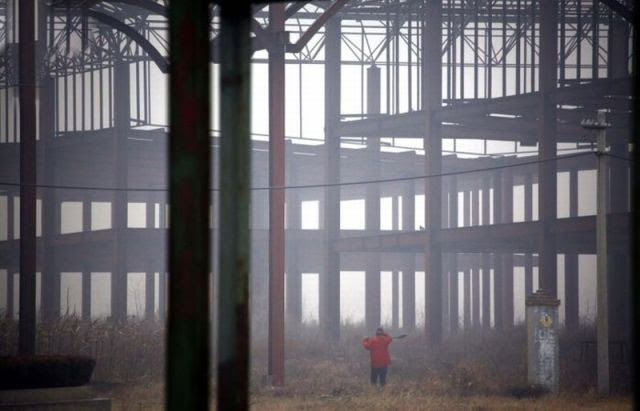