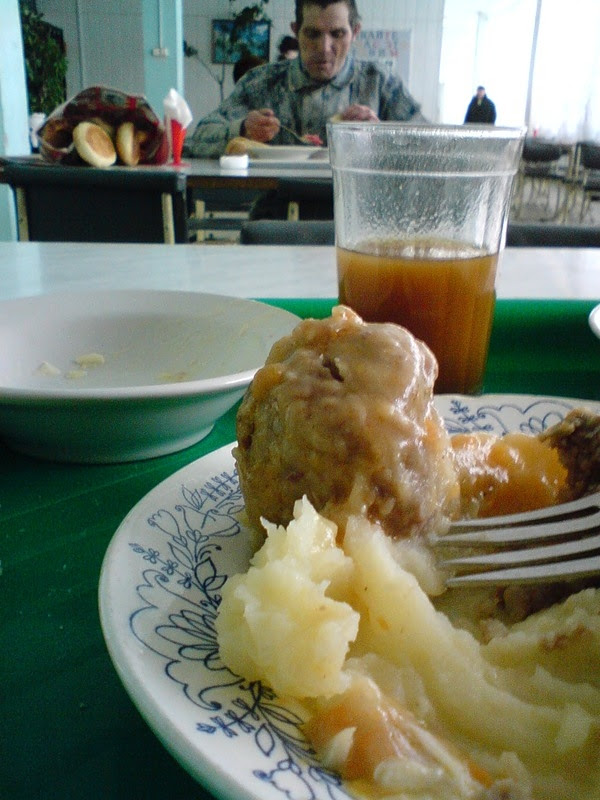 Soviet canteen! Practically anyone under the age of 30 understands what it means. Beginning from semolina with clots in kindergarten, biscuits and cakes at school, student canteen (any joy, there may be tainted cutlets or nourishing and delicious food) and rather good canteen at the workplace. 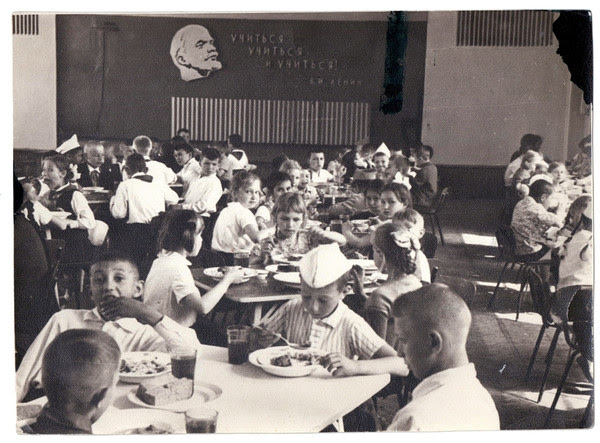 Tosya Kislytsina, a character of the famous Soviet movie, with artful movements scattered cooked beforehand borsch, bound together macaroni and salad about the plates… People were waiting with trays and trifling with aluminic spoons and forks. 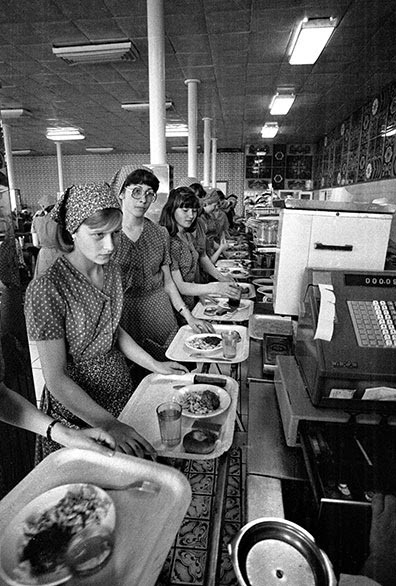 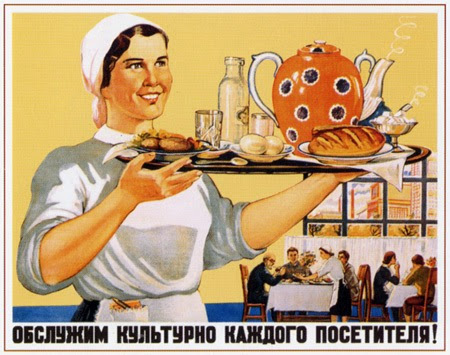 Cultural service to every client.
The decision on organizing public catering (later it was called “obschepit” in Russian) was one of the first Soviet government decrees. By the way Russians were the first as opposed to Americans at fastfood business. 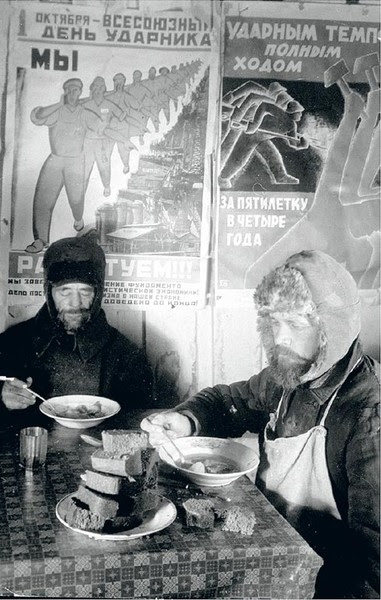 New era dictated new names for dishes – no “consommé” or “dubarry” could go with soups in factory canteen. 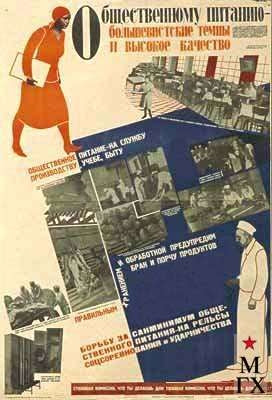 Moreover public canteens should have played a great role – free women of household chores. Now they could spend less time on cooking. 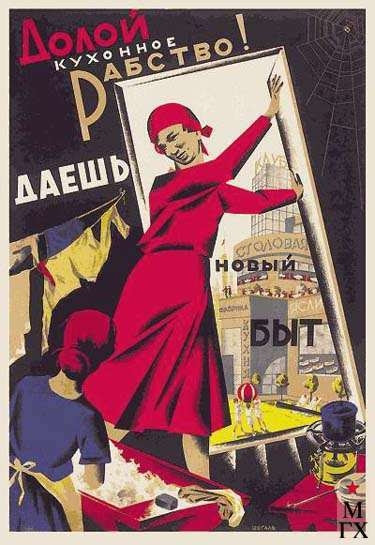 Down with house cooking! As a result women have lost their skills of cooking and children often like catering food rather than home-cooked meals (some children prefer eating meat dumplings bought in a shop). 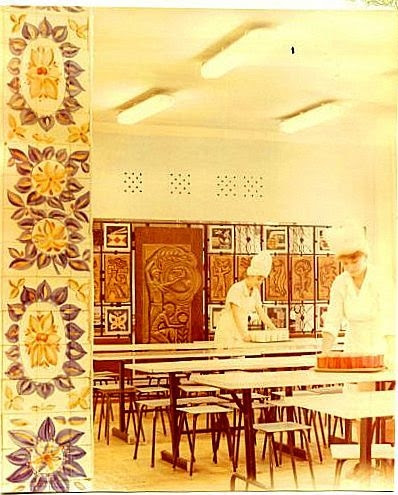 The first Soviet canteen of War Communism period had nothing common with concept of culinary. It was an extremely cheap place to fend off hunger. It was the low price that accustomed people to have no complaints about the quality of food.

Really, there were canteens where it was very risky for your health to eat. There was one university canteen that served cutlets with a “very good smell”. Perhaps it was made for hungry students who lived apart from their native towns. Those who lived in the city of study were the lucky ones unlike the others who had to cook in the hostel. 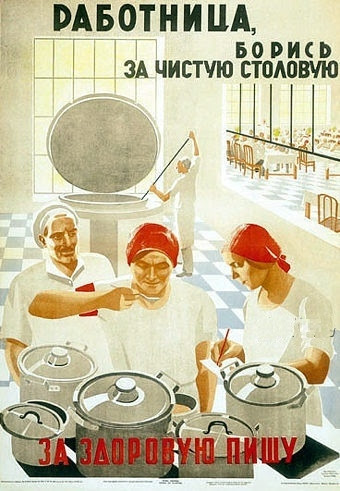 Worker, struggle for a clean canteen and healthy food.
Some went to have a lunch in nearby pancake bars. It was possible to eat delicious pancakes cooked before you with the help of special device there. It was more expensive but rather safe. 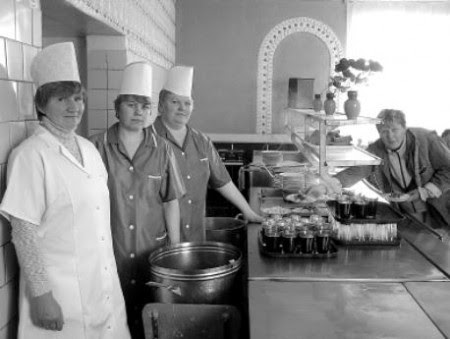 According to Irina Chebotareva, a former cook in one of Soviet factory canteens who worked there for many years, the salaries weren’t very high: 4th rate cook – 80 rubles, 5th rate – 110, 6th rate – 140. They didn’t get any extra money and bonuses though they worked from early morning till late night. It is disappointing her when people say that Soviet canteens were primitive.
“Wanna a secret? Many experienced Soviet cooks work in modern restaurants. They cook the same dishes but they have more attractive names. Fried chicken – “Cockerel’s Solo”, cabbage and cucumber salad – “Vegetable Prelude”, schnitzel – “Royal Meal”, meat in a jug – “Village Paradise”, pumpkin porridge – “King Arthur’s Golden Porridge”. According to Soviet concept healthiness was the key point of catering. It’s better to stew rather than fry food. Vitamins, calories, proteins and carbohydrates were calculated in any dish. This is no fastfood. Cooks loved their job and did all their best” – says Irina. 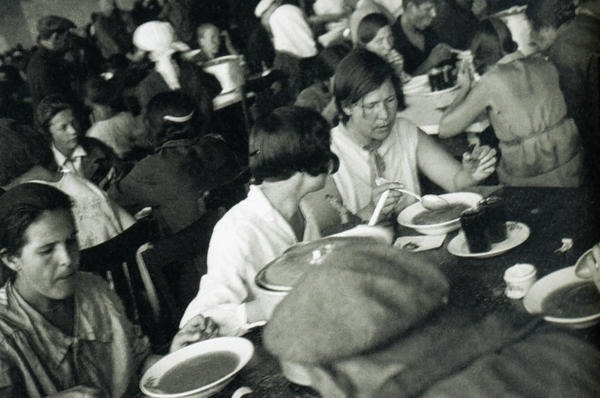 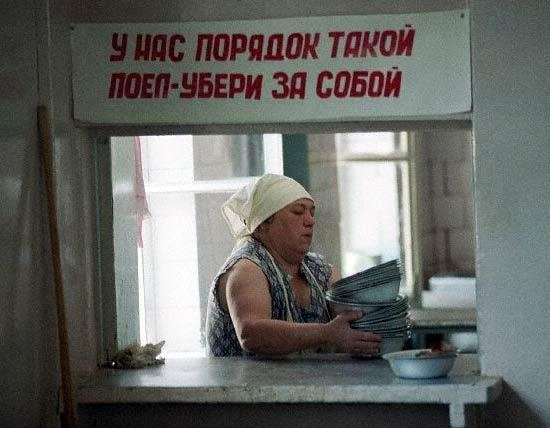 Finished the meal – clean up! 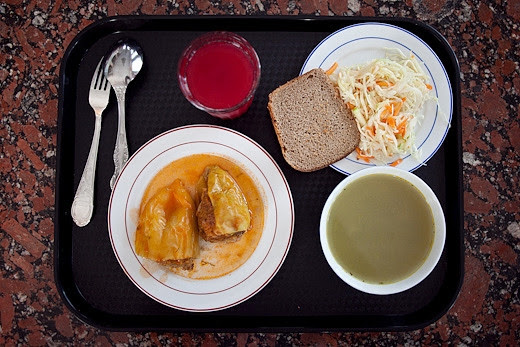 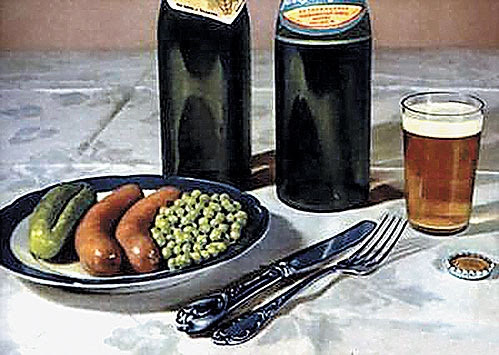 It’s a lunch in a cafeteria or a restaurant. 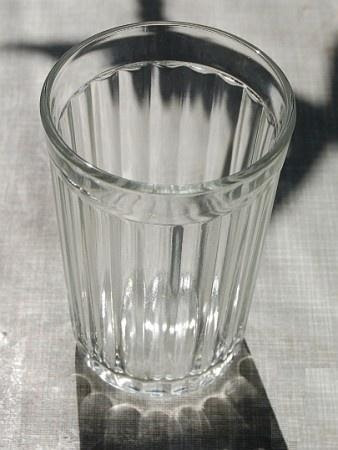 A famous glass. It was filled with tea, compote or juice. 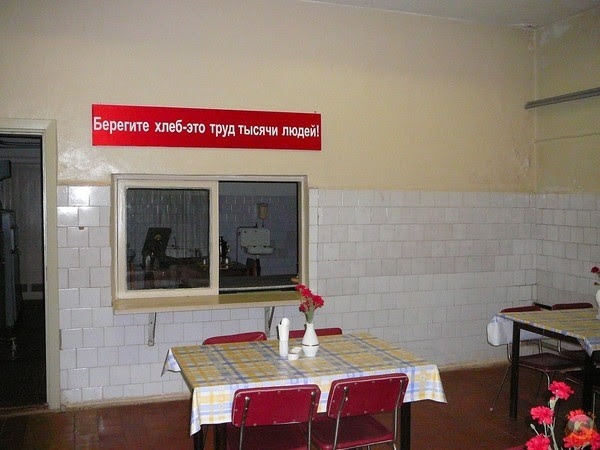 “Save the bread – thousands of people have worked to make it!”. 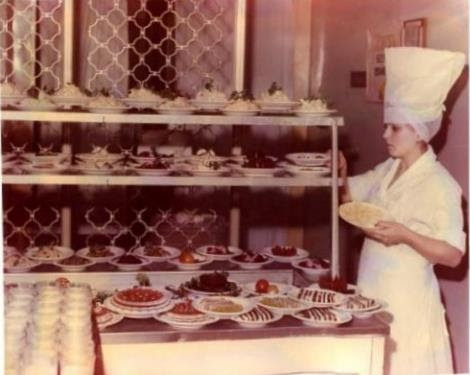