Moscow Destroyed By the Revolution

Revolution of 1917 is mostly associated with Saint-Petersburg. Many people do not know that hard and long battles took place in Moscow too. Bolsheviks were shooting at the Kremlin and many other buildings in the center of the city. Hundreds of people died. On the pictures below is Moscow of those days.
The battles for the center of Moscow started in October, 29 (November, 11). People were digging trenches and erecting barricades in the city streets. The barricade at the central telephone station. 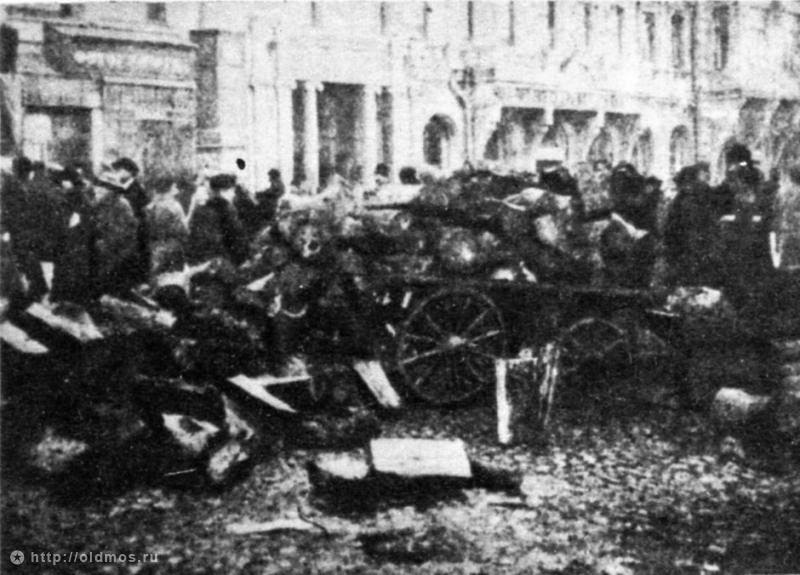 The barricade in Tveskaya street. The nearby bakery and cafe were looted in October, 26. The workers of the bakery themselves were trying to oppose the Red Guards but the forces were unequal. 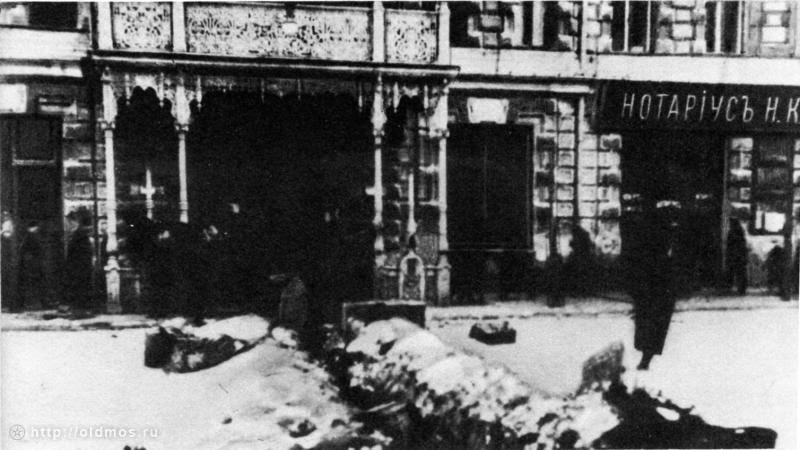 The trench dug by the students of the Moscow State University. 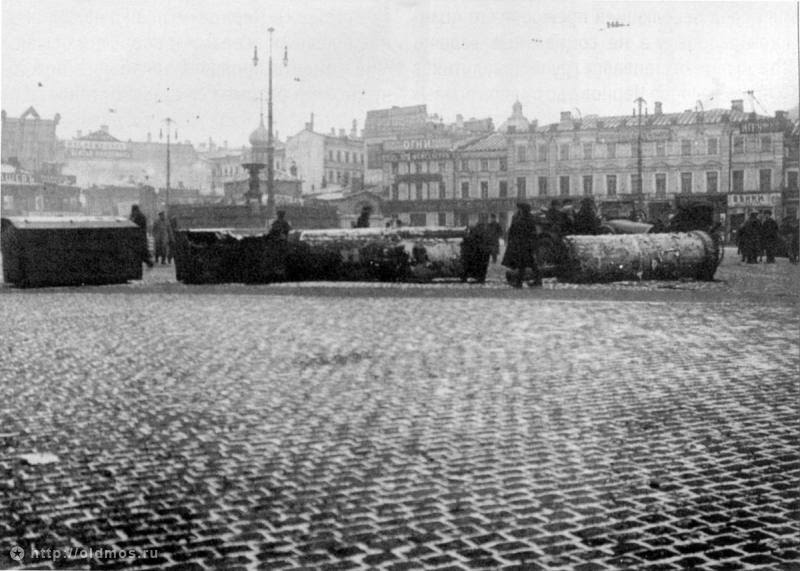 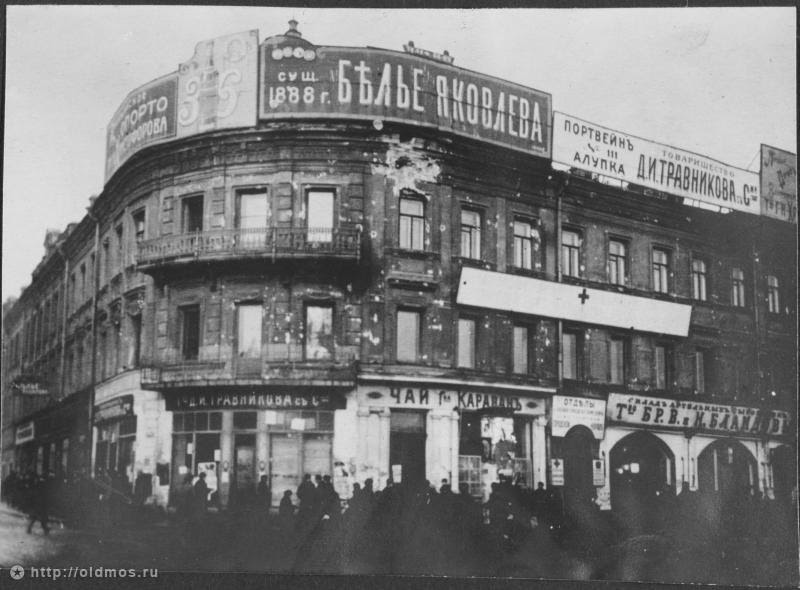 It was highly dangerous to go outside, people were trying to protect various institutions and buildings, the music of shots was too loud. Peaceful citizens were injured and killed as well as birds – crows and pigeons. The building of the Moscow State Duma after bolsheviks’ bombardment in 1917. 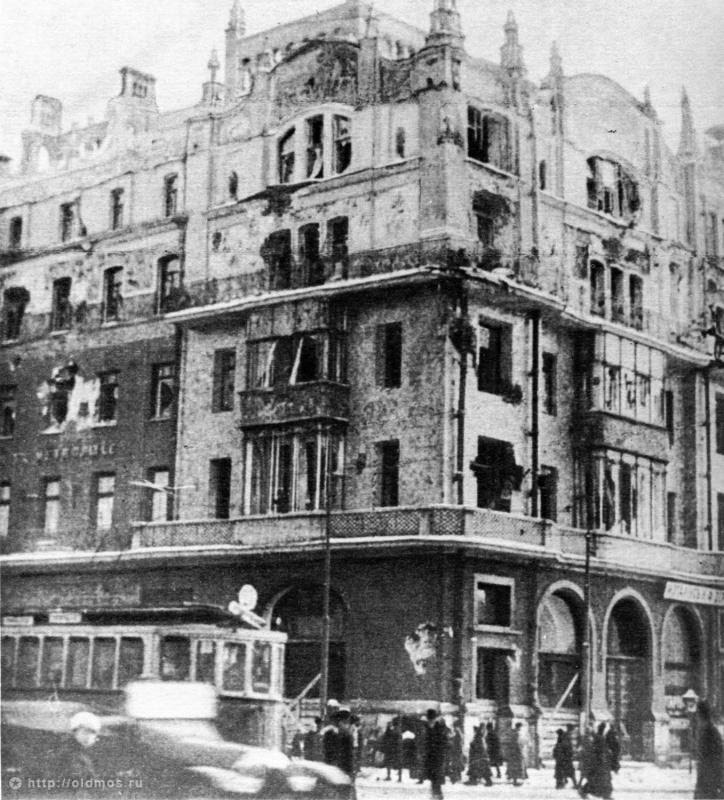 The Russian revolutioner M. Frunze used to remind that it had been a special pleasure for the soldiers to shoot at the windows of the “Metropol” watching the bricks and shards of glass crashing down. In 1917, during the assault of the Kremlin, bolsheviks damaged the top of its tower. Later it was reconstructed by an architect I. Rylsky. 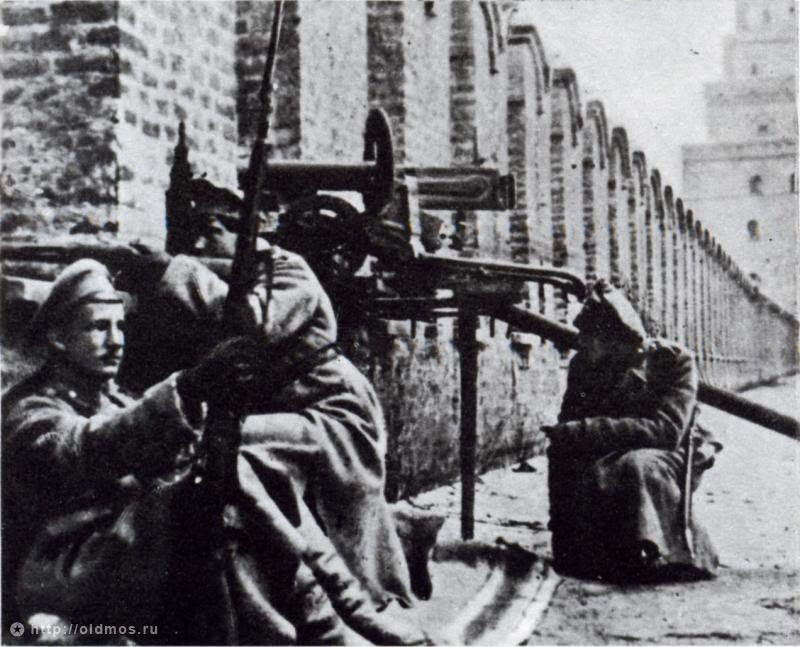 Pupils of the military school defending the Kremlin. Spasskaya Tower was damaged by the shells, the clock were damaged too (look at the figure “two”). Nikolskaya tower after the bolshevik’s shelling. The image of St. Nicholas was fully destroyed by shots. The ancient strong gates were wrecked and destroyed, the Kremlin looked even more miserable. Even the Tatars, Poles and French were more merciful to it… 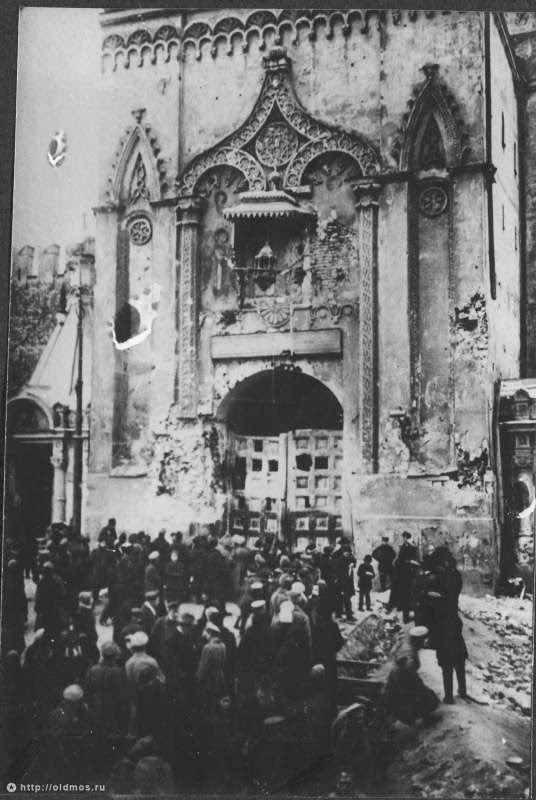 Many holy palaces, cathedrals, churches suffered more than from foreign invasions that had happened before. Howitzer near the Crimean bridge shot during the shelling of the Kremlin. Church of the Twelve Apostles. The Commisar of Education A. V. Lunacharsky tendered his resignation saying that he could not stand all horrible losses: “thousands of victims”, “destruction of important artistic treasures”, being powerless to stop that. But Lenin asked him how he could care so much about this or that building (no matter how wonderful it was), when they fought for the new social system that could create beauty being much more superior over anything they could even dream about in the past. So Lunacharsky took his resignation back.